“Assisted by my research team in Tromsø I spent over 30 years investigating how Omega-3 Essential Fatty Acids could protect against cardio-vascular diseases, including atherosclerosis, by reducing oxidative stress reactions in the walls of blood vessels. OG ØMEGA-3 PLUS is the successful eventual outcome of our extensive research” 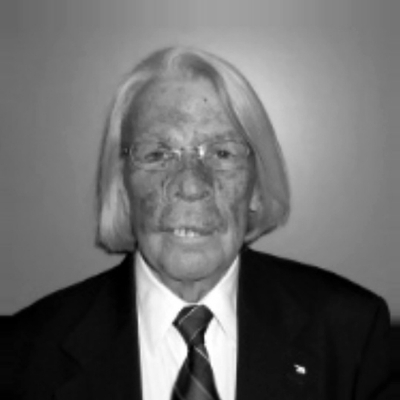 What’s the thinking behind OG ømega-3 PLUS? Creating the ultimate Omega-3 supplement

“In the mid 1980s I discovered that some of my blood cells, especially monocytes (white blood cells) and my blood platelets were hyperactive. Since both these cells play an important role in the development of coronary heart disease (CHD) and myocardial infarction (MI), it was essential to see whether the activity of the cells and production of inflammatory products in blood could be suppressed by the intake of a simple food supplement containing omega-3 fatty acids.

Along with my research team we carried out a clinical study on 40 healthy subjects, using refined cod liver oil (CLO) that produced encouraging results on both blood coagulation activity as well as inflammatory products in the blood. But when a similar study was performed by substituting the CLO with an 85% concentrate of pure omega-3 fatty acids, (EPA+DHA), it failed to have the same effects as we had seen with the CLO. We concluded,therefore, that certain beneficial ingredients had been removed during the production of the omega-3 concentrate.

At this time I observed that several of my close family members were in similar way as myself, disposed for increased risk of cardiovascular disease independent of cholesterol levels.”

The Damaging Effects of Oxidation
Against this background and in collaboration with Professor Edel O. Elvevoll, we performed a large study on the effects of supplementing the diet with cold pressed whale oil and certain other refined marine oils, such as cod liver oil (CLO) and seal oil. This diet was widely believed to be the reason for the Inuit’s resistance to cardiovascular disease. We noticed that the cold pressed whale oil was superior in its beneficial effects on coagulation, as well as inflammatory products in the blood, when compared to the other refined oils (1). This was despite the fact that the whale oil contained only half the omega-3 fatty acids of the other oils.
Interestingly when the cold pressed whale oil was refined, (the Inuit consumed raw whale andseal blubber and some fish) most of the beneficial effects were lost. We interpreted this as an essential requirement for additional antioxidants to enable the significant benefits of the omega-3 fatty acids to be effective after consumption. This was confirmed when in another study on atherosclerosis using mice, we found that cold pressed whale oil had reduced the formation of atherosclerotic lesions in the aortic arch, whereas refined oil (antioxidants extracted) had no such effect (2).

The problem of oxidation of omega-3 fatty acids in the body was exemplified through a study of heart disease patients (3). In this study, it was shown that when patients with atherosclerotic heart disease, were fed 5 gram of omega-3 fatty acid concentrate for 6 months, they developed increased angina and occlusions of the arteries. At the same time there was a significant rise in the levels of inflammatory products measured in their blood. Obviously, the lack of antioxidants in their diet resulted in the oxidation of the omega-3 fatty acids and increased stress in the vessel wall (vasculature system).

Introducing a powerful antioxidant – Cold Pressed Extra Virgin Olive Oil
Our recognition of the significance of antioxidants in preventing the oxidation of the omega-3 fatty acids enabling them to deliver their significant beneficial effects, led us to the development of a formula that introduced cold pressed extra virgin olive oil to refined seal oil.
Our tests on an animal model indicated a reduction in atherosclerotic lesions of 57% (4) in the aortic arch compared to 17% for an omega-3 concentrate. And later independent testing in the Netherlands was to show a reduction of 71%. This clearly demonstrates that a product rich in antioxidants (cold pressed olive oil) in combination with seal oil, rich in EPA and DHA and even more importantly a relatively high amount of the omega-3 fatty acid DPA, is a highly effective omega-3 product.

DPA – The Underrated and Overlooked Omega-3 fatty acid
The content of DPA in fish oil is very low compared to seal oil and this may account for the beneficial effect of seal oil in making the platelets less active (less sticky). Platelets play a central role in the development of atherosclerosis and myocardial infarction (MI) as well as ischemic stroke (arteries to the brain are blocked). This together with the antioxidants in olive oil, which provide such powerful anti-inflammatory effects as evidenced by the reduction in atherosclerotic lesions but also the reduction of hsCRP in humans (24.0%, not published).
Interestingly DPA, which is a good inhibitor of platelets (5), has been shown to provide a lower risk of ischemic stroke than EPA (6). Furthermore, DPA was associated with a lower risk of total CHD whereas Ala, EPA and DHA were not (7).

In line with this study, the Edinburgh Artery Study showed that DPA was the only long chain omega-3 that reduced the likelihood of developing atherosclerosis (8). In still another epidemiological study of older adults, higher circulating plasma levels of DPA were associated with lower total mortality, including those from coronary heart disease (CHD) (9).
The Herring – Traceable. Sustainable. And Rich in Omega-3s.

When OG Science + Wellbeing asked me to reproduce our Inuit influenced, omega-3 formula in a more sustainable, commercial form it was clear that the new formula must still be rich in Cold pressed Extra Virgin Olive Oil. But an alternative to seal oil was a priority. I selected the finest North Atlantic Herring – staple of the healthy Nordic diet. Richer than salmon in the omega 3s EPA and DHA, but also containing significant quantities of Erucic Acid, a long chained monounsaturated fatty acid which had demonstrated a dramatic reduction in atherosclerotic lesions in laboratory tests on mice (10). In order to maintain a daily intake of 1000mg Omega-3s we added a concentrate rich in DPA, which had been present in our original Inuit influenced formula. We also enriched the DHA content as it is widely known to have a beneficial effect on the brain.

Thus, we have created a new and effective, scientifically tested, omega-3 product that provides a daily intake of 1000 mg of omega-3s. Its advantage over many other omega-3 products is the stabilization of the omega-3 fatty acids by potent antioxidants in the olive oil.
Additionally it contains more beneficial DPA than in other omega-3 products from fish oils or alternative sources such as krill oil. This is especially important based on the observations described above for DPA. This new product, which we have called OG OMEGA-3 PLUS has been independently tested in a cholesterol sensitive mouse model and shown to reduce atherosclerotic lesion formation by 56.7% and reduce cholesterol by 33%.

Uncertainty concerning the Efficacy of Omega-3 supplements
In 2018 two major reports based on meta-analysis failed to show that omega-3 fatty acids had any association with fatal or non-fatal heart disease (11, 12) suggested that increasing EPA and DHA had little or no effect on mortality or cardiovascular health. However as a result of our own research and others, we believe that protection of the omega-3 fatty acids from oxidation, not only in the capsules but also when the omega-3s get into the body, is essential for fulfilling their beneficial effects. The earlier recommendation of 250 mg EPA and DHA dosage per day, is also probably too low to give any significant effect on cardiovascular health, which in our opinion is very much dependent on the anti-inflammatory effects of the omega-3 products in combination with antioxidants. Another issue, is the insignificant levels of DPA in all the omega-3 products used for the studies referred to above.